Have you heard that song by José Gonzalez where he goes 'every step feels like a mile'? I've never grasped the full meaning of those words until the last 5 kilometres of my first ever ultra marathon, and every step felt like an actual mile. But let us not get ahead of ourselves, the race started way before that...

My alarm went off at 6am and as I was (trying/forcing myself) to eat breakfast all I could think was 'all my friends are still cosy in bed, yet here I am about to head off to run 50 kilometres'. I felt slightly mad and/or stupid but eventually I got myself into my kit and headed off to Hyde Park and the start. In Hyde Park there was a specific 'ultra' tent where you could drop off your bag, get some last minute energy and water and talk to the other runners. I didn't talk to anyone, I merely stood there and stared at this plethora of runners who all looked like they were semi-professionals. If I'd been scared sh*tless before, I was now terrified. As per usual I debated so long about going to the toilet that I didn't have the time and then I found myself standing in the starting pen. I struck up conversation with the only other girl who looked as lost as I did and we kept chatting until we set off.

The start was at 8.30am and my plan was to take it nice and easy the entire 50 kilometres. I knew that I hadn't done as much training as I'd wanted to but that I'd done enough training to get myself through the ordeal. The girl I'd talked to before setting off (you can see here on this picture) and I were running together and it was nice and relaxing to have a fellow runner to chat with - it made it feel like it was a good Sunday training run! We were running through a sunny, stunning, London (waving to the queen at Buckingham Palace) and after a few miles of running and chatting we picked up another guy in our chat/running group. We ran togheter and chatted amicably up to the 25k race mark where they dropped off on one of the feeding stations. As they stopped  for the loo I kept going, looking forward to the 35k mark where my friends were gonna stand and cheer me on.

Around this time the surface changed, from tarmac to towpath - gravelly towpath. My bad hip had started bothering me wat too early in this race, after only 10k, and once the surface changed it got worse. The whole leg (i.e. the leg muscles) were all sore and stiff and the five kilometres between 25 and 30k were long. After 30k I got a new little energy burst, knowing I 'only' had around 2 hours running left and getting closer to Richmond Park (and my waiting friends). It got warm in Richmond Park though, and I was looking forward to getting into the shade again. I reached the 35k mark and...no friends. Later on they told me how it had taken them some time to get to Richmond Park and that they missed me, but that actually worked in my favour. I spent the five kilometres between 35 and 40 looking for my friends thus not really noticing that I was running them. At 40 kilometres I had given up seeing the and instead focused on the fact that it was the last 10k ahead of me and that the 42.2k mark would mean that I'd become and ultramarathon runner!

But, the 42.2k mark didn't cheer me up. Instead I realised that while 8k is short in comparison to what I'd done, it's still pretty far - especially when your left leg and your shoulders are killing you. I aimed to get into a flow, listening to music and letting my thoughts roam free. When I finally got to Bushy Park I was ecstatic but those last 5 kilometres might have been the worst 5k I've ever run. Every step hurt. When I finally saw the finish line in the distance I was so god d*mn angry with Bushy Park that I managed a little sprint and finished the race in 5 hours 6 minutes. Once I had finished I got a text from a friends saying they were on their way (they had had a more eventful trip to the finishline than I!) and then I met a photographer that I'd promised a photo for a photo project. Eventually my friends came and after I'd had a quick shower we headed to Kingston, via the Railway Tavern in Teddington, and had a pre-birthday celebration on a riverside pub...a perfect way to celebrate being an ultramarathon runner!

The last ten kilometres I had a mantra in my head: 'I.Am.Never.Doing.This.Again!' but once my friend Claire had bought me my first post-race beer it happened....you know that thing that aaaaalways happens.... the 'I wonder if I could run a 50 mile race?' and the 'I want to get under 5 hours!'. So, here I am, sore but happy and looking for a new challenge. Just don't suggest I do an Ironman..... 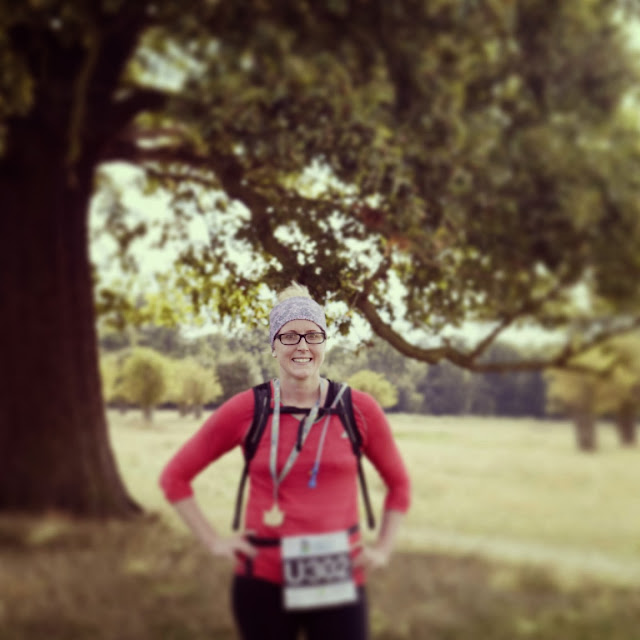 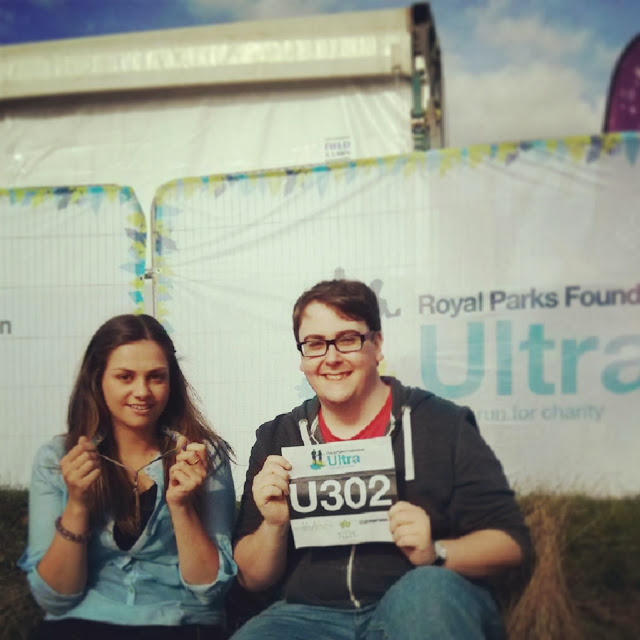 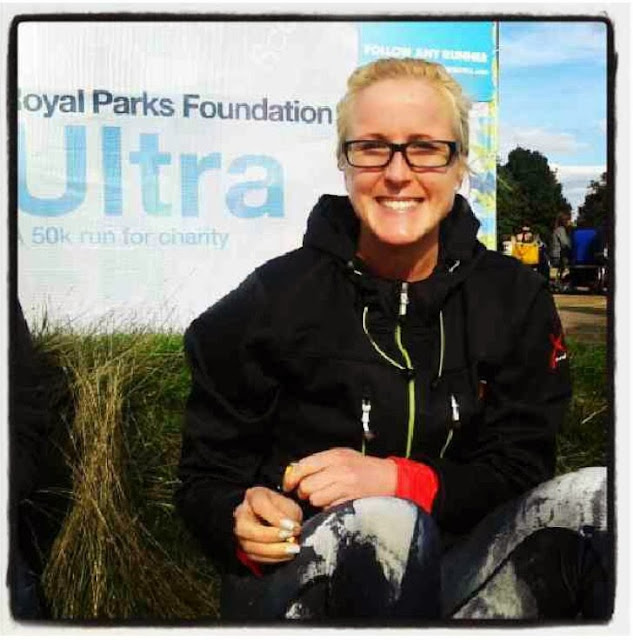 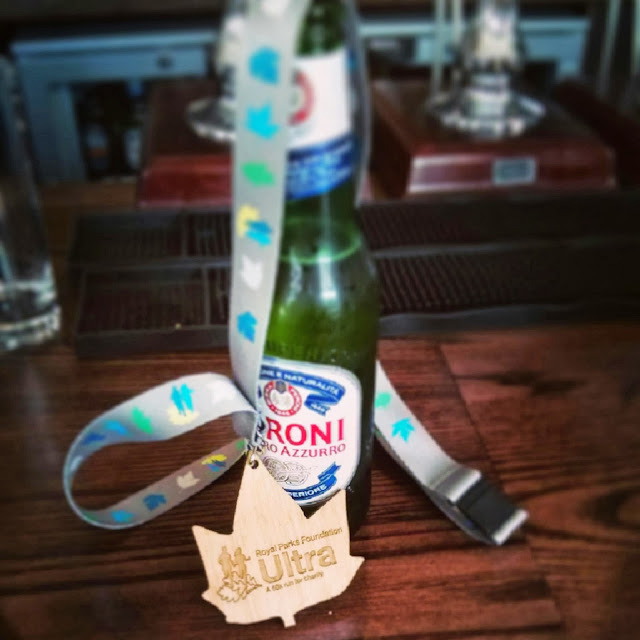